The switchable graphics fiasco – update about the HP/AMD failure.

Posted on August 2, 2011 by littleadvisor

About a month ago I wrote an article about the switchable graphics tremendous fiasco on the newest HP Pavilion family of laptops. There’s an update to the story.

HP admitted the problem around the same time as I was writing my article, and this week they issued a BIOS update that is supposed to bring back the option of selecting the graphics card manually. However, not surprisingly, the update is one step forward and another two back.

A reader of the blog, Nathan Ewing, sent me a brief update about the BIOS update, which does help to those for whom the dynamic switching doesn’t work, but introduces other issues that some customers might find unacceptable.

Here’s what Nathan wrote to me:

So I downloaded the BIOS update, it was a simple download from the support website. It was a pretty easy download, although it took a span of five minutes to start up, but it was really smooth and easy to use. The interface looks like something from the 1990’s which was funny to me, but everything installed perfectly and instructions on the website post were simple enough to follow to activate the switch. The only problem I had with it was that the instructions that were given were something that the average computer user would have a little trouble with, although if someone is addressing this problem, then it’s sort of assumed that they are not the average computer user. The instructions were as followed.

1. Press F10 while the computer is booting up.
2. Select System Config.
3. Toggle switchable graphics from dynamic to fixed.

The first thing that I noticed is that you cannot directly CHOOSE which graphics chip set you wanted to use for which program. It was either the high performance or the battery-saving for ALL programs. This wouldn’t be a problem for those who don’t move around a lot and are plugged in most of the time, but for me it was irritating because I had to switch back to dynamic mode to be able to pick and choose which programs I wanted to run in power-saver or high performance. I began to test it out by running a few simple programs. The first thing that I noticed is that the BIOS update completely messed up all small text on both Firefox and Internet Explorer, it’s made small text completely illegible (pics below – LA). This only happens in high-performance mode, which is strange because before the BIOS update, if I had selected the “high performance” setting for Firefox under current programs running on CCC, this did not occur. Clearly due to the BIOS update.

The reason that there was even a BIOS update was so that people using certain OpenGL programs would be able to actually using the Radeon card. The specific programs they mention are Adobe programs such as Adobe Premiere. Now, the thing is,  there was an update BEFORE this BIOS update that fixed all of my OpenGL problems. What would happen before I used the update was that I would go to CCC and try and set a program from “No Preference” to “High Performance”. Every time I hit the “apply” button, it would automatically revert back to “No Preference”. With the update before the BIOS update, that was fixed. I’ve run several programs with the “pre-BIOS update” update, and found that all of the OpenGL programs that I used now worked perfectly with the switchable graphics. While the preferences I made were not permanent, all I had to do was right-click on the desktop while the program was running, go to “current programs” and switch it.

My suggestion for those who want to keep using the switchable graphics is to not even bother with the BIOS update. Since all of my programs (I don’t use many Adobe programs, but I do play literally every game under the sun, and programs such as Blender which is not OpenGL) I don’t even really need to use the BIOS update in the first place. The patch to the Catalyst Control Center that came before the BIOS will fix all of your problems in itself.

That’s the email I got from Nathan. Hearing this I’m glad I returned the HP laptop. It’s good that they’re trying to address the issue, I wasn’t expecting even that, at least not that fast. But come on, you can have another couple of days of testing before releasing such an update, it’s embarrassing!

Nathan, I hope all the issues will be resolved quickly, and you’ll enjoy your laptop as you should have from the beginning. Thank you very much for the update!

This is the screenshot of the text fonts not showing right (credit goes to Nathan Ewing): 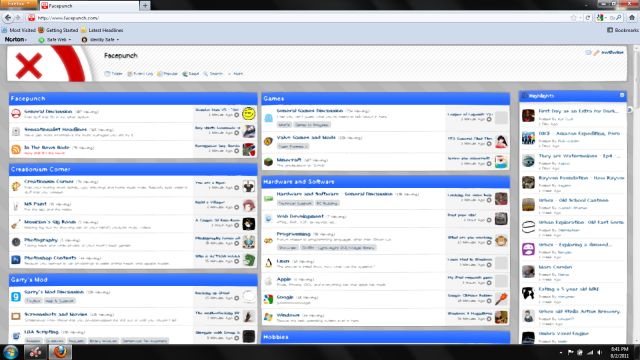 This entry was posted in Electronics and tagged HP, Reviews. Bookmark the permalink.

5 Responses to The switchable graphics fiasco – update about the HP/AMD failure.